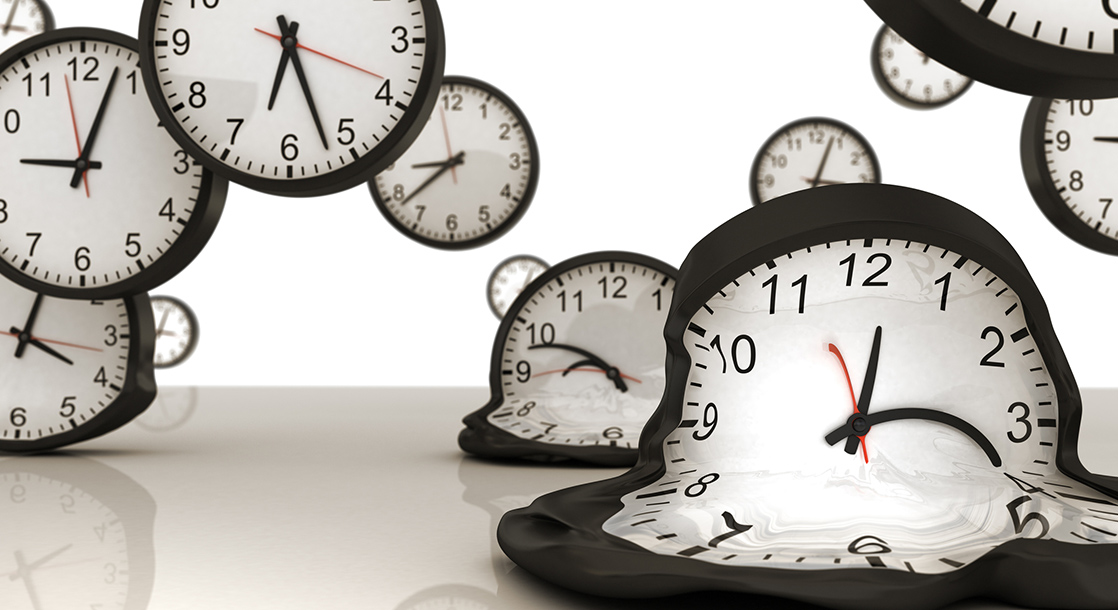 It was just a matter of time before someone challenged, uh, the entire concept of human-made time.

A campaign on the Norwegian island of Sommarøy argues that structuring the small fishing village’s society around clocks is irrelevant. This is because Sommarøy sits north of the Arctic Circle, where the sun doesn’t set for 69 days in the summer, and it doesn’t rise for 69 days in the winter. The phenomena are known as polar day and polar night, respectively.

The campaign, called Time-Free Zone, wants to scrap the town’s reliance on civil time, a type of time measurement based on dividing the sun’s movement across the sky into 24-hour periods. In other words, the kind of time our household clocks or wristwatches use.

“All over the world, people are characterized by stress and depression,” the Time-Free Zone’s campaign leader, Kjell Ove Hveding, told a Norwegian broadcaster, according to the Independent. “In many cases, this can be linked to the feeling of being trapped, and here the clock plays a role. We will be a time-free zone where everyone can live their lives to the fullest.”

Hveding clarified that even if the campaign succeeds, people will still go to work or to school. Government offices will continue to operate, too. The only difference is, particularly during the polar nights and days, residents would feel freer to go about their daily activities without worrying about the rigid expectations that stem from civil time.

For instance, businesses could remain open for as long as they wish during the summer months. In the winter, schools could schedule classes according to what’s practical rather than how a clock’s ticks are divided.

While Time-Free Zone argues that it’s high time to eliminate Sommarøy’s clocks (at least during the polar day and night periods), the campaign’s goals are largely symbolic. In reality, the residents of the small fishing village already mow their lawns at 4 AM in the summer, or they play soccer in “the middle of the night, which city folk might call ‘2 AM,’” Hveding said.

There could be another, more capitalistic element to the campaign’s cheeky platform. Besides fishing, the town’s economy revolves around another industry: tourism.

“For the tourism industry, it is great that Sommarøy wants to be a time-free zone,” travel agent Chris Hudson told NRK [Note: The NRK article was published in Norwegian, and the quote here is a translation]. “If this is a stunt, in a positive sense, it helps to build sustainable tourism” in the region. After all, who doesn’t want to get a tan at midnight?

Scrapping the idea of time may sound cool to nihilists or perpetual procrastinators such as myself, but could any community — regardless of its proximity to the Arctic Circle — realistically abandon civil time? In that regard, the Time-Free Zone campaign may need to take a time-out, suggested Truls Egiul Wyller, a philosophy professor who specializes in cultural conceptions of time.

Wyller noted that the modern world’s obsessive obedience to civil time is a relatively new occurrence in human history. Other cultures in the past (and some still, to this day) didn’t use clocks to dictate when they woke up, went to sleep, or ate.

Eradicating civil time “means that one has to cut a lot of the connections to the global, outside world that lives in clock-time,” Wyller told NRK. “I’m not going to say it’s impossible to pull an island out of the global clock, but it sounds very difficult.”

The real question, though, is if Time-Free Zone gets its way, when will tokers in Sommarøy know when it’s 4:20? I guess only time will tell.

Too Much Protein, Not Enough Fiber

Summer Is Coming! Here’s Why You Need to Protect Your Children’s Eyes

Spokesman for Trump Campaign Says Weed Must be “Kept Illegal”