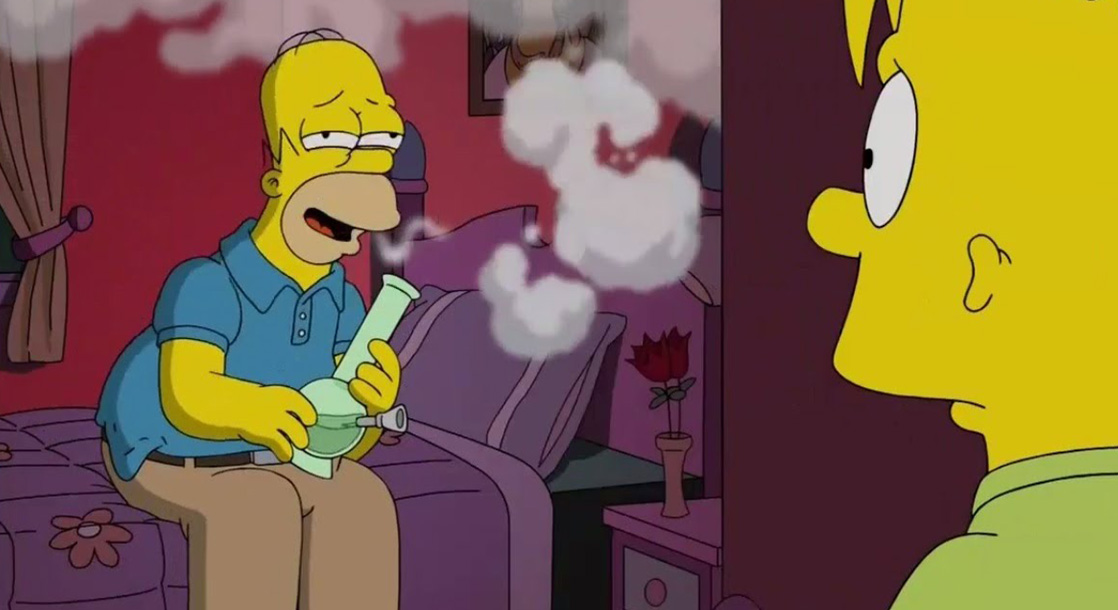 A high’s duration depends on a lot of factors. And yes, you can, potentially, increase or decrease how long you stay lit.

You just took a rip off a bong so massive the smoke turned gold. As you exhaled, you coughed up both lungs, and if you had a third, you would’ve coughed that one up, too. Before you know it, you’re so stoned you’re wondering if the cat can tell, and as you clutch the carpet to keep from falling off the Earth, you ask yourself: How fucking long is this going to last? Is this forever now?

Or maybe you’re floating on Cloud Nine because you can handle your shit. But, again, you may ask yourself: Fuck, how long is this awesomeness going to last?

Thankfully, how long someone stays lit is one aspect of cannabis science that’s been thoroughly researched. But a high’s duration depends on a lot of factors. Let’s take a look at how those factors come into play, and how long you should expect your high-riding wave to persist.

Gallery — Beloved Childhood Characters Who Were High as Hell:

The Factors Dictating a Weed High

Metabolism, genetics, and diet all play a role in how long you stay toasty. But since those factors vary person to person, we’ll just acknowledge them here, and move on.

The other relevant factors include your route(s) of consumption, the potency and components of your pot product, and whether you’re supplementing the high with some other product to either enhance or diminish it.

Inhaling weed is the most popular method for ingesting it. It’s also one of the fastest and most efficient ways to get lit. Expect to stay high for about 2 hours after breathing in your weed. Many tokers report feeling residual or “afterglow” effects for up to 6 hours afterward, especially in folks with lower tolerances.

Eating your weed as edibles or chugging it as drinkables usually keeps the high going for 2 to 6 hours. If you’re ingesting the typical homemade edible or drinkable – foodstuffs made from unmodified cannabis resins – expect at least an hour or two before the effects even kick in after eating.

However, not all edibles or drinkables are created equally. A new generation of nano-emulsified weed foods basically mix the cannabinoids into a starchy powder, which allows the effects to kick in quicker, but the high doesn’t last as long, either. Assume that most licensed, commercial weed drinkables use some form of this emulsification technology. It can take up to 30 minutes for these products to start working their magic, with the headiest effects tapering off after 90 minutes.

Additionally, edibles and drinkables work best if you also just ate a meal loaded with fats or oils. Expect a faster onset and longer high if you scarfed a bacon burger along with that weed chocolate.

Lightweights or those who ate a humongous dose of THC could stay lit for up to 8 to 12 hours, so plan accordingly and consume responsibly.

Generally, topicals aren’t supposed get anyone intoxicated. However, there are anecdotal reports that some topicals — whether creams, lotions, transdermal patches, or what have you — can trigger their own slightly heady effects. If that’s true, it’s because human skin contains its own endocannabinoid network, which feeds directly into the rest of the body’s endocannabinoid system.

Assuming someone could get high from THC-infused topicals, they likely work through the same pathways as edibles (tissue to blood to liver). So, hypothetically, you could stay buzzed for a good 2 to 6 hours.

Obviously, how much THC you consume dictates how long your high will last (along with its intensity). For instance, if you normally get lifted eating just 10mg THC, but you accidentally gorged on 100mg, you may be in for a long, bumpy flight.

But not all weed products are created equally, remember? When it comes to smoking buds, higher THC contents don’t always translate to longer highs. That’s because researchers think that CBD — the plant’s other major cannabinoid — prolongs the THC high. Since most recreational weed strains were bred for maximum THC levels, they usually contain little to no CBD. Meaning, yeah, you can get way more elevated off of smaller puffs, but the feeling won’t last as long.

Scientists are still figuring out how cannabis gets us high. The consensus is that THC is the primary component of weed that causes intoxication, but, as noted above, CBD also plays a role, as do the plant’s aromatic terpenoids.

Since we don’t really understand how terpenes affect weed highs (if they do at all) we can’t provide any solid numbers here. But keep terpenes in mind, and make a mental note if you tend to get more blasted off products loaded with terps.

Some supplements may affect how long your weed high goes on for. Again, CBD can make it last longer, though it may reduce some of the less commonly desired effects often described as “anxiety” or “paranoia” (believe it or not, some tokers love those psychoactive effects).

For instance, one compound naturally found in weed — an oil called olivetol — is currently marketed as a cure for getting too high. Although no one’s sure how olivetol does this, assuming it even does, olivetol reportedly does not get rid of the weed high altogether. Rather, like CBD, it reduces the intensity to manageable levels. Black pepper or lemon rinds, which are much cheaper and more readily available than olivetol pills, do pretty much the same thing.

If you’ve heard about mangoes extending a high’s duration, just know that’s totally bunk. It’s a myth. Allegedly, a component of mangoes called myrcene, which is also a terpene found in weed, can make a high last much longer than normal. But as the pharmacologist at Prof of Pot determined, there’s way more myrcene in your weed than in a mango. You’re better off just smoking more herb if you’re trying to supplement this way.

There’s also a handy equation for calculating how long your high may last. But let’s be honest here: No one’s gonna whip out their calculator to guesstimate how long it’s going to take them to sober up for that drive home.

Know yourself, know your tolerances and limits, and have some (safe) fun out there.

Canadian Men Are Twice as Likely to Use Cannabis as Women, Survey Says

The Importance of Industrial Chillers in Cannabis Cultivation