Two people with the coronavirus died in California as much as three weeks before the U.S. reported its first death from the disease in late February — a gap that a top health official said Wednesday may have led to delays in issuing stay-at-home orders in the nation’s most populous state.

Dr. Sara Cody, health director in Northern California’s Santa Clara County, said the deaths were missed because of a scarcity of testing and the federal government’s limited guidance on who should be tested.

The infections in the two patients were confirmed by way of autopsy tissue samples that were sent to the Centers for Disease Control and Prevention for analysis. The county coroner’s office received the results on Tuesday, officials said.

“If we had had widespread testing earlier and we were able to document the level of transmission in the county, if we had understood then people were already dying, yes, we probably would have acted earlier than we did, which would have meant more time at home,” Cody said.

In the wake of the disclosure, Gov. Gavin Newsom said he has directed coroners throughout the state to take another look at deaths as far back as December to help establish more clearly when the epidemic took hold in California.

He declined to say whether the two newly recognized deaths would have changed his decisions about when to order a shutdown. He imposed a statewide one in late March. 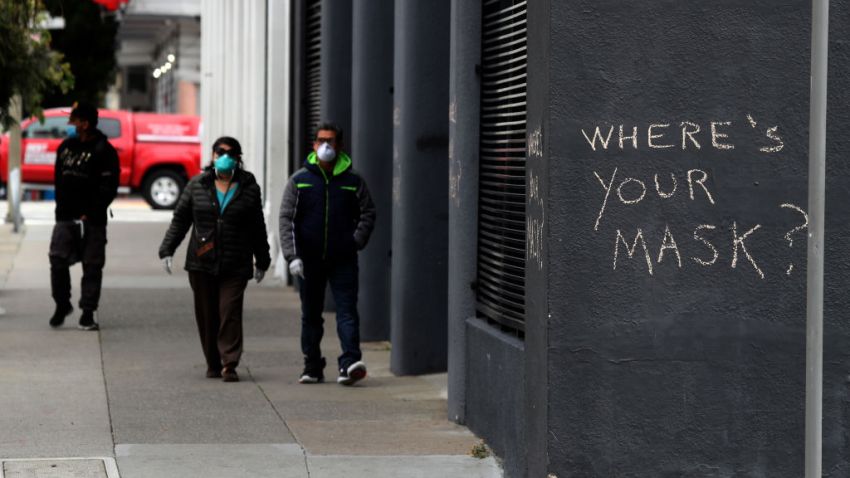 Officials said the two Santa Clara County patients died at home — a 57-year-old woman on Feb. 6 and a 69-year-old man on Feb. 17 — and that neither had traveled out of the country to a coronavirus outbreak area. The epidemic emerged in the Chinese city of Wuhan in late December.

The first known death from the virus in the U.S. was reported on Feb. 29 in Kirkland, Washington, a Seattle suburb. Officials later attributed two Feb. 26 deaths to the virus.

The two newly reported deaths show that the virus was spreading in California well before officials realized it and that outbreaks were underway in at least two parts of the country at about the same time.

“It shifts everything weeks earlier, extends geographic involvement, (and) further shows how our inability to test let this outbreak loose,” said Dr. Eric Topol, head of the Scripps Research Translational Institute in San Diego, in an email.

Because it can take one or two weeks between the time people get infected and when they get sick enough to die, the Feb. 6 death suggests the virus was circulating in California in late January, if not earlier. Previously, the first infection reported anywhere in the U.S. was in the Seattle area on Jan. 21.

On March 17, authorities across the San Francisco Bay Area, Santa Clara County included, confined nearly 7 million people to their homes for all but essential tasks and exercise in what was at the time the most aggressive measure taken against the outbreak in the U.S. Three days later, California put all 40 million of its residents under a near-lockdown.

Thousands of travelers from China and other affected regions entered the U.S. before travel bans and airport screenings were put in place by the Trump administration in mid- and late January. Lack of widespread testing meant the country was flying blind to the true number of infections.

County officials said the tissue samples from the two patients were sent to the CDC in mid-March. CDC officials did not immediately respond to questions about why it took a month to come back with the findings.

Dr. Charles Chiu, a researcher at the University of California at San Francisco who has been looking at genetic information from virus samples from patients, said it appears that the coronavirus was most likely introduced into the U.S. by travelers from China and that it turned up independently in Santa Clara County and Washington state.

“It now appears most likely that there were multiple seeding events that introduced the virus to the United States,” he wrote.

Cody said the two deaths in California may have been written off as the flu because there were significant numbers of influenza cases at the time: “It had been extraordinarily difficult to pick out what was influenza and what was COVID.”

It’s not unusual, as an epidemic is first unfolding, for infections to go unrecognized, said Stephen Morse, a Columbia University expert on the spread of diseases.

“When you’re not expecting it, you don’t look for it,” he said. That’s why tissues from autopsies can be important in understanding an outbreak, he added.

Coronavirus Deaths in Your City and State — and Across the US

These charts use daily coronavirus death data from Johns Hopkins University to show the seven-day moving average of deaths at the city, state and country level.

The impact of coronavirus varies enormously in the United States from one place to another.

A test for the coronavirus was not available in the early weeks of the crisis. It was not until Jan. 11 that the world had the genetic makeup of the virus, which is necessary to design a test for it.

Cody said officials will now go back to determine how the patients became infected and what contacts with others they may have had.

Los Angeles County Public Health Director Barbara Ferrer was asked Wednesday to estimate the earliest case her county may have had, given the finding in Santa Clara.

She said that back in January heath officials worried that a small number of coronavirus illnesses might be occurring but were mistaken for flu and missed. “In hindsight we should have probably looked more carefully, particularly at deaths,” she said.

“I think everybody in public health would say that we anticipate that there were many more early deaths across the country that weren’t captured,” Ferrer said.

Dr. Anthony Fauci: 'We Will Have Coronavirus In The Fall' - HuffPost

Coronavirus airborne spread: What we know about COVID-19 transmission – CNET