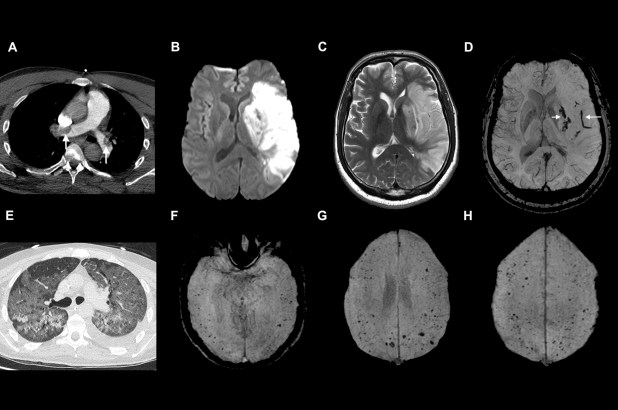 It’s “Invasion of the Body Snatchers” on a cellular level.

A new Yale University study on how the coronavirus affects the nervous system has revealed that the viral invader attacks the mind by taking over its victim’s brain cells in order to make copies of itself, while simultaneously sapping all the available oxygen, thus choking-out nearby cells.

Their findings, which are awaiting peer review on BioRXiv, add evidence to claims that the brain belongs on the ever growing list of vulnerabilities to COVID-19, including the lungs, kidneys, liver, gut and blood vessels.

“If the brain does become infected, it could have a lethal consequence,” Akiko Iwasaki, an immunologist at Yale University and lead researcher, told the New York Times.

The coronavirus is a whole body disease. Broadly, doctors have long observed its respiratory symptoms, such as coughing, troubled breathing and pneumonia. Soon, they added more puzzling issues: gastrointestinal discomfort and diarrhea; loss of taste and smell; chest pain and arrhythmia; brain fog and confusion.

Other than patient anecdotes, “we hadn’t really seen much evidence that the virus can infect the brain, even though we knew it was a potential possibility,” Dr. Michael Zandi, consultant neurologist at University College London’s National Hospital for Neurology and Neurosurgery, told the Times. In July, Dr. Zandi’s team published a report in Oxford University’s journal Brain documenting what they’d seen and heard from patients suffering neurologic effects following a COVID-19 diagnosis.

“This [new] data just provides a little bit more evidence that it certainly can,” he said.

Unlike other diseases, such as Zika, which causes our immune system to turn on our own brain tissue, the coronavirus works by entering a cell through a protein on their surface, called ACE2, then usurps the cellular components to speed up viral reproduction. All the while, it deprives other cells of oxygen along the way.

“It’s kind of a silent infection,” said Dr. Iwasaki, whose team observed brain tissue in deceased COVID-19 patients, in mice and in lab-grown cells. “This virus has a lot of evasion mechanisms.”

Dr. Alysson Muotri, a neuroscientist at the University of California, San Diego, who studied Zika in the past, noted how the presence of the coronavirus severely hampered synapses between neurons. “Days after infection, and we already see a dramatic reduction in the amount of synapses,” Dr. Muotri said. “We don’t know yet if that is reversible or not.”

The researchers now believe a coronavirus brain infection may be more lethal than when centralized in the lungs, based on mouse experiments that compared outcomes when focused within one organ or another. Brain-infected specimens lost weight and died within six days. Neither of these side effects were observed the in the lung group.

Unfortunately, it’s not yet possible to predict the cellular intruder’s pathway. Furthermore, the 40% to 60% of patients who claim to suffer brain and psychiatric symptoms, according to a recent study in The Lancet, could be related to widespread inflammation caused by the body’s immune response to COVID-19.

“There’s no need for the brain cells themselves to be infected for [some brain-related symptoms] to occur,” Dr. Zandi said.

“Different groups of patients may be affected in different ways,” he added. “It’s quite possible that you’ll see a combination of both.”